SERVPRO can Clean your Commercial Kitchen in Midtown Memphs 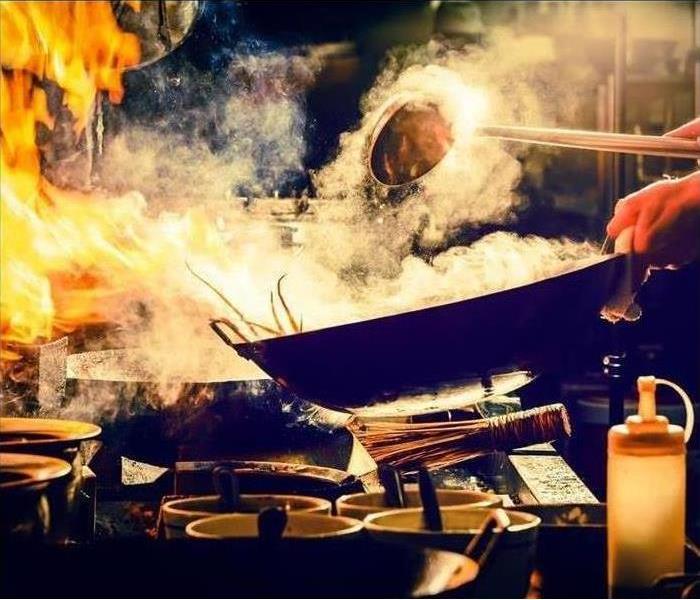 Kitchens are familiar places for fires to start. Commercial kitchens are not immune to accidents, and it is possible that someday a fire starts inside your Midtown Memphis restaurant. After the building gets cleared by the fire department, it is time to assess the damage.

The number one priority is to secure the burnt area and make sure it is safe for your employees and customers. SERVPRO's commercial fire damage professionals in Midtown Memphis know how to complete the restoration process by causing as little of a strain on your business operations as possible. Many times we complete the work outside of business hours so that your restaurant does not lose revenue as a result of the mitigation process.

When starting the cleanup and restoration process, our SERVPRO specialists remove anything that is severely burnt and needs to get replaced. Once all of the charred debris gets discarded, the next step is deodorization. Pungent odors sometimes have multiple sources that get removed to start the deodorization process. Protein-fueled blazes from meats are especially malodorous. Mechanical means can be used to neutralize the odors by recombining the odor-causing into no-offensive or no odor at all. Hydroxyl generators are a safe bet for this.

After items that create foul odors get discarded, surfaces that odor particles stick to get cleaned. Many times cleaning all of the soot residues inside a structure eliminates most pungent odors. However, sometimes odor particles penetrate deep into materials, and other methods get used to rid the area of the awful smells.

If foul smells are still present after all surfaces are clean, the conditions that caused the odor particles to penetrate building materials get recreated. We create smoke behavior by using chemical fogging equipment. Chemical foggers disperse microscopic particles of deodorization chemicals into the structure.

Smoke particles penetrate deeply into materials because they are microscopic. The use of industrial grade hoods helps vent odors to the outside. Odor particles range in size from one-tenth of a micron to four microns. Deodorant particles must be just as small and travel at a high velocity to be effective.

Other factors such as porosity cause odor particles to penetrate deep into materials. The more porous material is, the more likely it is to absorb odors. If the residue is more concentrated in an area, then the odor particles cover a larger surface area. The time an area gets exposed to smoke affects how deep odor particles penetrate.

If odors still exist after recreating the smoke's environment with deodorant chemicals, sometimes walls and studs get sprayed with a special sealant paint to seal the foul odors. For help restoring smoke problems, call SERVPRO of Midtown Memphis.